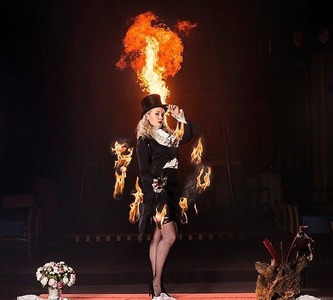 In magic she specialized in close up magic. she performs in French Dutch or English. From 2019 she started to create her new stage acts and will officially start performing stage magic at the end of 2019!

As fire artist She perform fire eating with vapor tricks, fire breathing, fire juggling with poi and fire fans and of course fire dancing. She also work with a technician how's taking care of the safety of my fire performances.

Julia has always had a passion for excitement and adventure. She studied Midwifery in Brussels but realised she didn't want to work as a midwife. Until the age of 27 Julia was searching for a job that could fit her. Unfortunately she worked at several places but couldn't find her happiness.

Some years ago Julia met a magician who introduced her in the world of magic. She started working for a magician at the age of 26. Her passion for stage and magic became bigger, so she decided to meet other magicians and went to magic conventions all over the world. In 2017 she stopped working for companies and started to work on her own. She performs most of all in Belgium as a Close up Magician, performing in French, Dutch and English.

Julia became a fire artist after rolling into the magicworld. She started a small fire performance during a magic show instead of performing as a magician's assistent. As she trained to performing a fire act she became also addicted to fire and juggling. During months she researched everything about safety, dancing with fire and several technics and followed a lot of workshops in Europe. After this whole learning proces, Julia started to create her own shows. Driven by passion and ambition she continuously raises the bar and keeps improving her skills. The result: professional fire-shows for every possible client, party or event. In the meantime even impressive LED-lightshows can be offered. 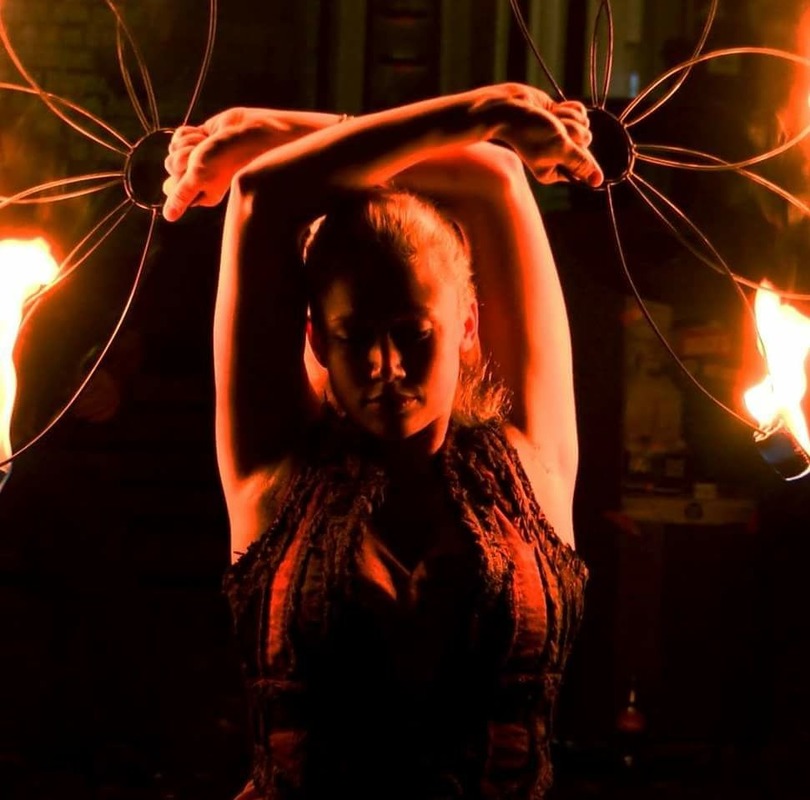 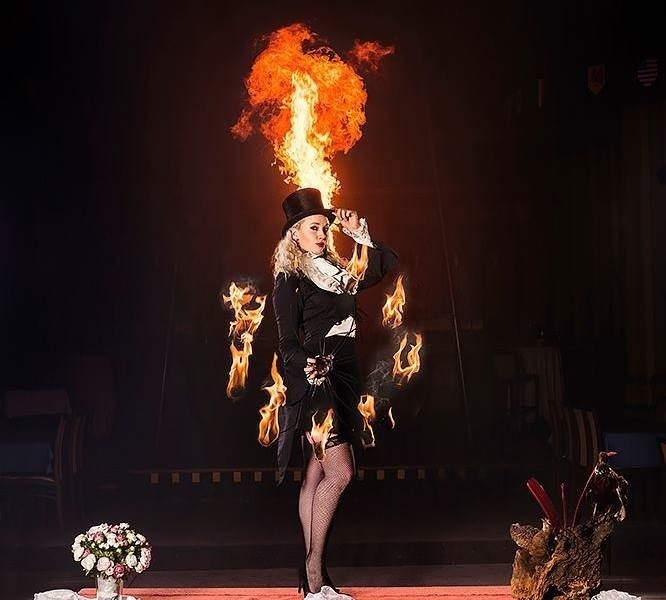