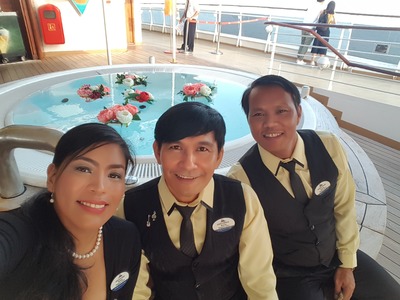 Passion for music brought Juden to provide us with music that will relax and let listeners unwind through variety repertoires.

He had started early, no wonder he can play songs in an instant. At the early age of four, he began to display the knack for playing the guitar. Born in a family of musicians and gifted with good ears and fingers for music. With constant practice he became a very reliable and impressive musician. As for his singing prowess, he's got a tenor voice and can harmonize easily. His band experience has honed his skills in playing the guitar.

His remarkable talent in singing, playing, and arranging voices gave him the license to play abroad; he already performed in luxury liners like Orient Lines and Norwegian Cruise Line for seven years in a row, in a trio called "Best of Friends" and quartet called "Harmonies". In 2010, it was his first time in Japan, he and his formed quartet group performed in Otani Sanso Hotel for six months.

With enough courage, together with Eden they formed their duo; they had their first stint abroad after passing a strict audition with Club Med, Maldives executives. He also had briefly performed in Imperial Palace Hotel, Malaysia as part of an all male trio.

Eden came from a family of musicians; she was brought up with the music in her ears. She was first encouraged to join local singing contests and school performances in her prime; having that kind of exposure, she was able to gather enough courage to bring it to higher heights in making it professionally.

She was 17 when she joined the "Singing Cooks and Waiters," the local restaurant popular for its one of a kind singing and performing staffs, for two and a half years. The restaurant's competitor Kamayan, Dad's and Saisaki, Megamall and Glorietta, opened its door for a quartet group. She then combined with 3 guitarists and formed their serenade group called D' Los Companeros singing a wide variety of songs from Spanish, English, Japanese, Korean, Chinese, and Filipino.

It was late of 2000 when she decided to try it outside of the country. She tried to audition for a band and made it as a member of Pink n' Roses. She also had the chance to perform in Holiday Inn Hotel in UAE and Oman, then in Shangri-la Pudong, Shanghai, China. She then joined the Norwegian Cruise Line as a part of their lounge quartet, together with Juden. It was her first time in Japan in 2010 for a 6-month contract in Otani Sanso Hotel. She and Juden formed their duo that made their debut in Hundred Islands in Pangasinan, Philippines which landed them a job in Club Med Kani, Maldives in 2012. In the midst of her busy schedule, to better herself, she took voice extension lessons in the University of the Philippines in Diliman, Quezon City.

Sam as he is fondly called has been in the music scene for more than two decades now.

He was born in the province of Cagayan de Oro, the Visayan part of the Philippines. He began his love for singing at an early age of 5. Exposed in the amateur singing contests in his native province, he won many trophies and was dubbed as the local "Tom Jones" of their hometown because of his innate big and powerful voice.

He moved to Manila with his family and began cultivating his passion of playing the guitar and bass. Like Juden and Eden, he was once part of the Singing Cooks and Waiters Restaurant in 2000, then shifted to perform in Kamayan, Dads and Saisaki as a strolling quartet in 2005. He was tagged by his groupmates then paved their way to Otansi Sanso Hotel in Japan in the years 2012 to 2016. With long-standing experience, he is able to expand his singing prowess from Tom Jones to Andrea Bocelli for his extreme high and big voice. 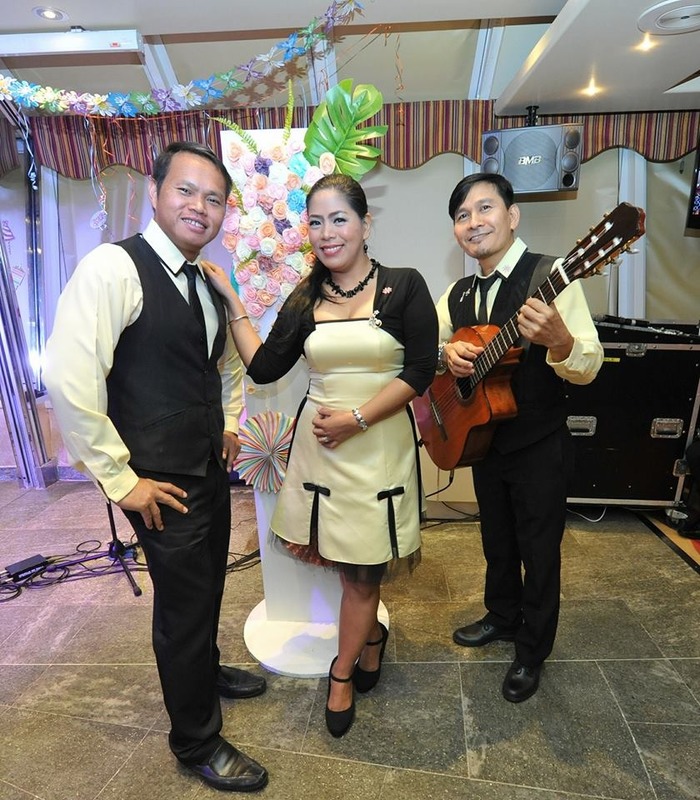 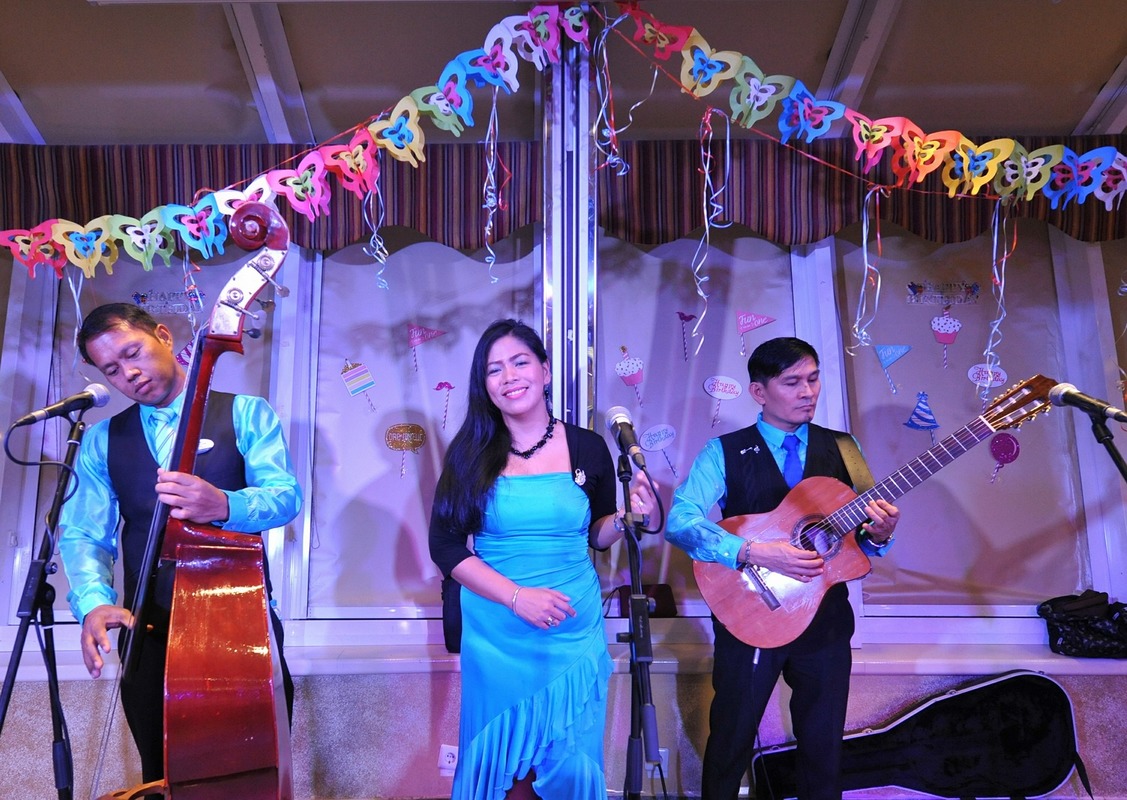 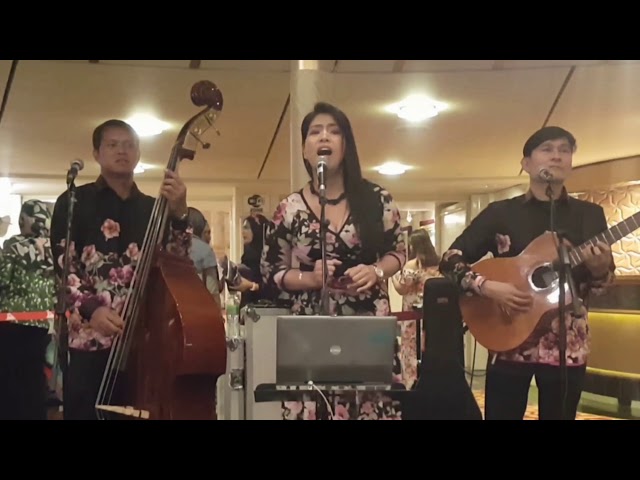 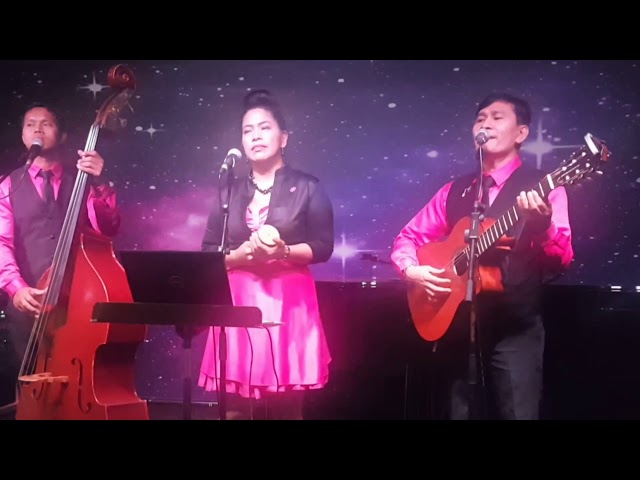