When would you like to book Billy Surya Dilaga ? 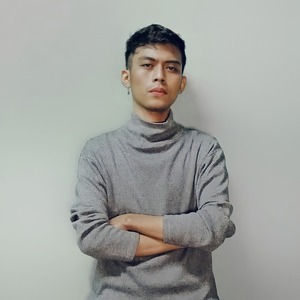 Billy Surya Dilaga (born June 1, 1996) is a pop musician and recording artist, singer-songwriter and music producer. Since its inception, he focuses on the primary instrument: Vocal, Guitar, and Piano Keyboard. In his music career, he recorded and produced his music himself in his little studio. He started writing and recording his first single in October 9, 2018 called “Takkan Bisa” followed with his first studio album with the same title released on November 30, 2019.

On October 9, 2020, Billy released his second studio album “BREATHE” featured some elements of R&B music with the lead singles “Never Let You Go”, “Breathe”, “Never True”, “Trust The Love”, and “Melangkah Kedepan”. There’s 9 tracks on album, but he also released Deluxe Edition with four additional tracks from his lead singles, but in other versions.

After the turbulent and his changes, Billy made a big comeback in 2021 and announced his third studio album following with the marathon release of his new singles “Can’t Stop Loving You”, “Believe”, “Need Somebody”, “Fly”, “Never Enough”, “Make You Better”, and “True Love”. Billy released his third album “Seasons” on November 5, 2021. The album featured 13 tracks and 19 for Deluxe Edition. This saw a change in direction in terms of his music and personality.