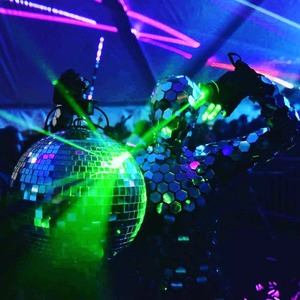 Kai is a self-taught Flow Artist and string artist. Kai began spinning poi at the age of 14 to incorporate into her Polynesian dance recital. She quickly realized that she had a natural act for prop manipulation which later lead to her studies in Kenpo martial arts. She got her first fire poi at the age of 16 and when she lit them up for the first time, she knew it's what she wanted to do for the rest of her life.

"The fire possessed me, and I became the fire, full of high energy, warmth and light", she says. She has performed at many EDM events, festivals, private parties and clubs around the North East Region in the past decade. She enjoys sharing her passions and teaching others the art of flow. Though poi is her strong suit, she also dabbles in belly dancing, staffing, nunchucks, hooping, mini-hooping, rope darting, fire-eating, multi-orbiting, isis wings, flow wands, gloving and just about anything she can get her hands on.

Kai also received some national recognition, when she appeared in an episode of Impractical Jokers called "The Great Escape," spinning her LED poi with AI Cats Studios. Kai also fabricates unique hand-crafted hoops, poi and UV reactive interactive string art installations. Christine, who saw Kai perform at a festival once, put it best when she said "She is talented, graceful and mesmerizing." She is most known for her incredibly fast spinning technique, earning her the nickname,"The Fire Ninja."

Her newest human disco ball act will be sure to dazzle any event! The act consists of lasers, LED props and poi that she can program any image or text of your liking in for a truly customizable and memorable performance!! 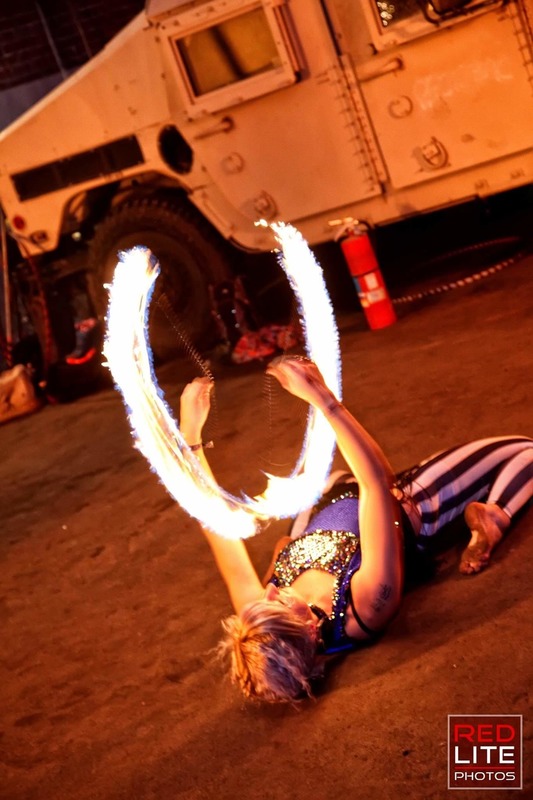 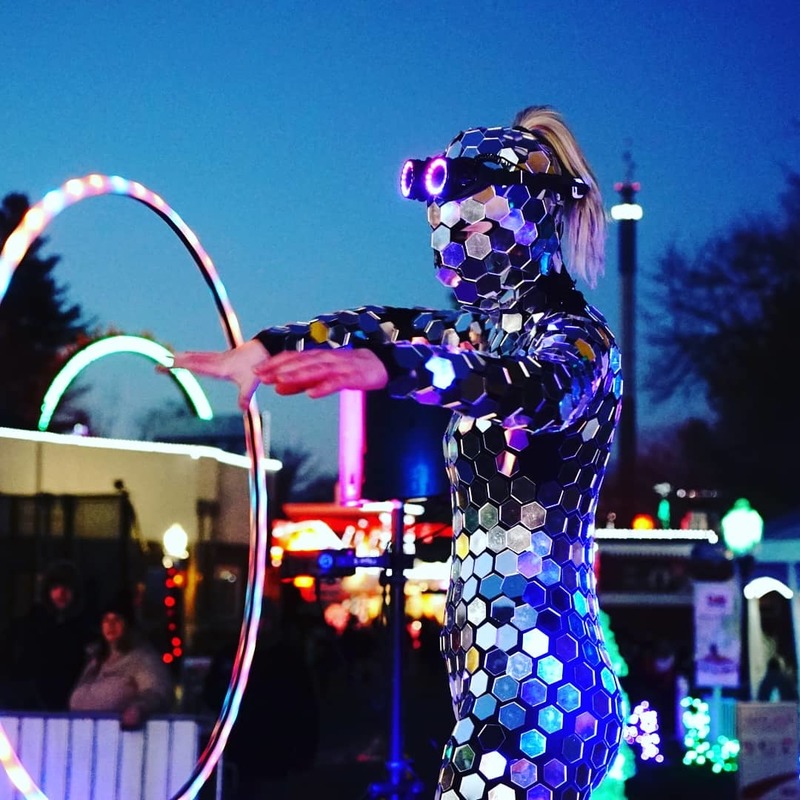 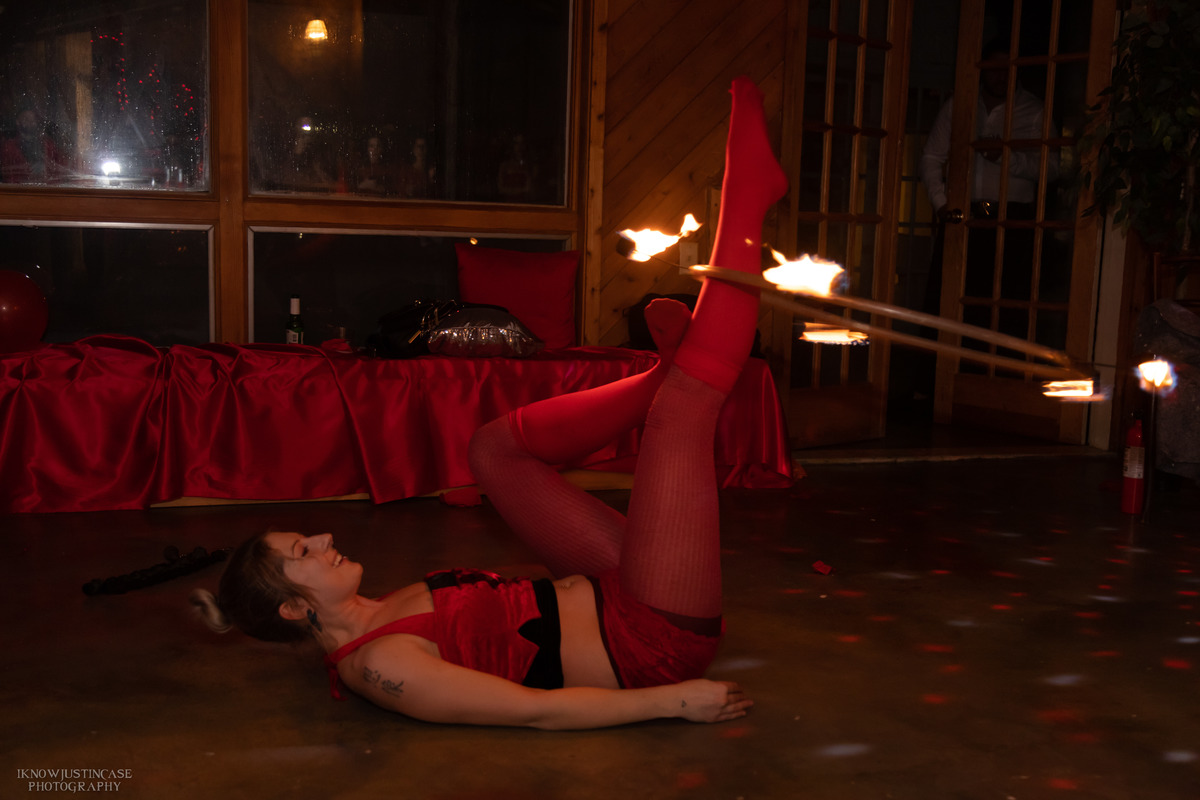 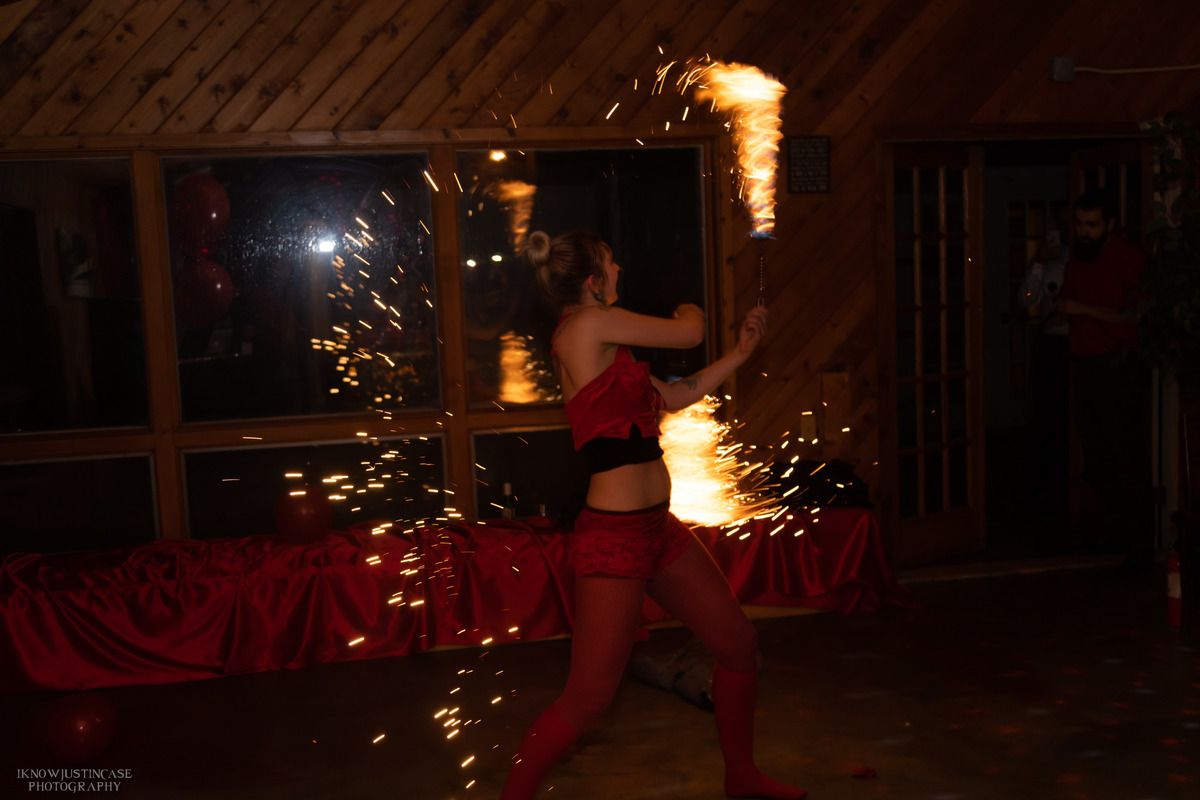