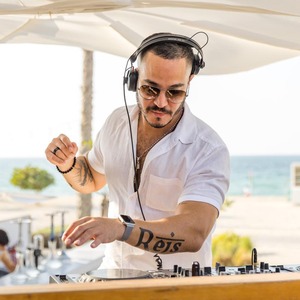 Brazilian young soul born in Salvador da Bahia where the biggest carnival in the world takes place. Dj Sandro Reis has electronic music going on his life since he was a teenager. His sister was one of the first ‘e-party’ producers at the Carnival land. However he spent most of his life chasing different careers but then after going back to Brazil of a quite long and great journey in the Middle East he’s decided to follow back on his passion: electronic music.

“I’ve indeed followed a bit of my sisters path and tried from 2002 to 2008 organizing and producing Electronic Parties. But since I was child I used to love all kind of different beats. After some time I’ve realized my love to dance and to see people enjoying music as well.”

So by 2015 he came back to study the technics and re-started a new challenge in his life. To be a DJ. Successfully he has already managed great partnerships and so far Djing in the biggest and best clubs over Salvador da Bahia, being resident Dj for Group San Sebastian, Alpha largest local chain of gyms, soundtrack conception and resident Dj for Fera Palace Hotel.

His large, young, worldwide taste gave Sandro the opportunity to be in all those different vibes. He could start in on e night his first Gig on a Lounge Deep House Set list style in a boutique hotel and then ending on Tribal House night club. His performance was always related to his friendly and warm charisma.

One of his epic Gigs was a super long set at Sao Paulo Fashion Week 42 (sample link below) and latest achievements was assisting on developing and designing the music stylish of the biggest Tryp Hotel in the world in Dubai. As well djing at the opening day and introducing the music concept of the hotel.

He is also resident Dj at Utropika Sunset Project going on at Coco Lounge Media One hotel every Saturday afternoon. 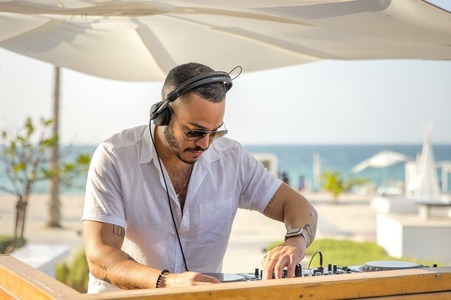