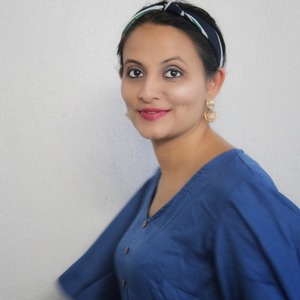 Pratibha Kulkarni is an Indian Playback Singer and Voice Over Artist.

Her Story
She has got trained for Hindustani classical vocals, devotional and light music since the age of 8 from Smt. Shevade Bai, Miss. Shubha Kulkarni, V T. Kangralkar and pursuing Visharad under Shri. Nandan Herlekar, affiliated to Akhil Bharatiya Gandharv Mahavidyalaya, Mumbai.
She is certified from Berklee School of Music (BerkleeX) for Vocal Production and os also a student of TSWA under Shri. Sanjay Vidhyarthi.

Live Performances
She has performed in various occasions “Manujapath Vishwapatha” group led by Late C. Ashwath in Kittur Utsav.
She has performed choir for Shri. Mohammed Aziz Live in concert in Bangalore.
She also got an opportunity to perform choir for music director Shri. Manomurthy and also did lot of chorus singing for Kannada films.
https://www.youtube.com/watch?v=ozEBq2gu9QQ
She recently performed for KEB, Sonu Nigam Live in Concert, provided backing vocals for Hemanth Kumar, BadriPrasad and Chaitra.
She performs regularly for theater group Antaranga and Suchitra Film Society and has recorded play songs of Shalabhanjike in Dwani Gudu studio. She lent her vocals for Hindi and English for RSS documentary. She also dubbed her voice in Hindi for Kannada movie “Sakkath Risk, and backing vocals for the movie “Zero”.
She has performed live for many Kannada plays as lead Singer in Kuhu Kuhu Kogile, Hoovi, Rajashraya, Alilu Ramayana, Shalabhanjike in Namma Bengaluru. She recently composed music for the Kannada play Ucchaishravas.
She enjoyed performing for the play “kakankote” during C R. Simha theatre festival and also got an opportunity to learn and share stage for the play “Shahpurda Seeninge Satya” along with Vasu Dixit and team. 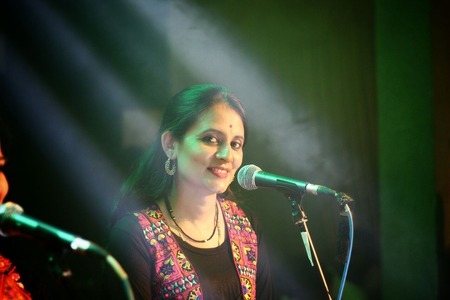 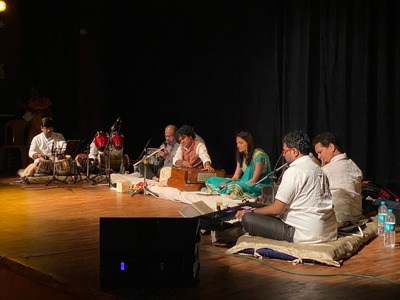 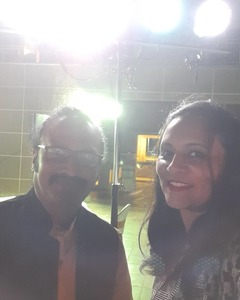 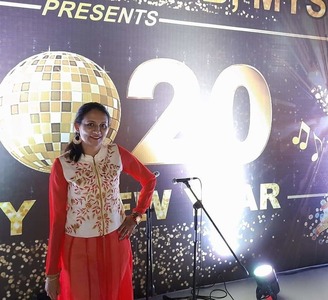 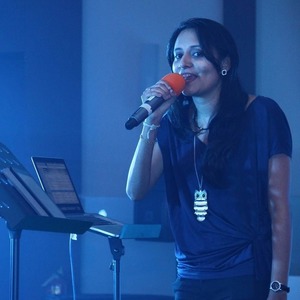 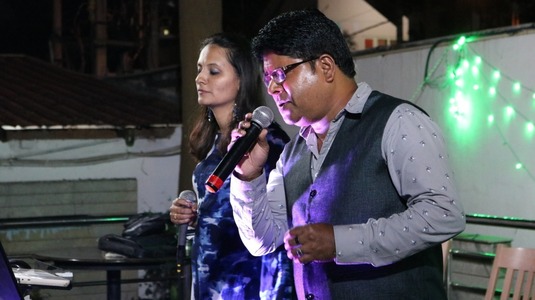 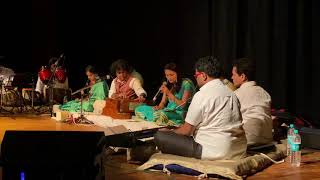 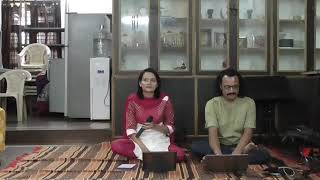 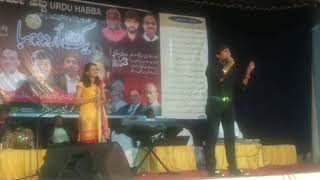 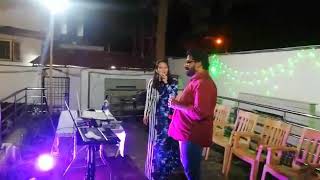