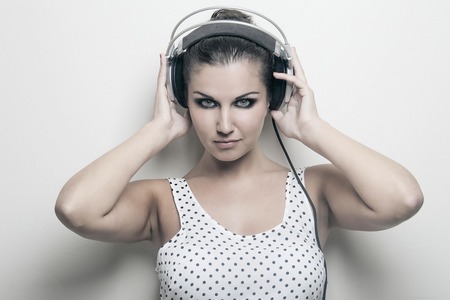 Having achieved more in a mite over half a decade than many peers will in a career, taking on the lads at their own game in the process, whatever gender-based cliches you might want to throw at her – equal parts stylus and stylish; beauty and the beats – be prepared to eat those words.

Taking influence from artists as diverse as Massive Attack and David Bowie, initially half-inching her brother’s ‘kiddy decks’ as a youngster, Natalie refined her artistic craft on her native Manchester club scene. Playing alongside the A-lister likes of The Hoxton Whores, Haçienda stalwart Dave Haslam, Danism (Defected) and Tube & Berger, it’s a city where Natalie has since returned to play the main room at the legendary Sankeys.

After quitting her day job in 2009 and jetting to Ibiza for a season that included shows at Eden and Es Paradis, she was soon on the move again, zooming across the globe to land in modern Middle Eastern party paradise Abu Dhabi in the United Arab Emirates. Beginning with a residency at the five-star Fairmont resort, a spot at Dubai’s Alpha club followed, as did notable press from OK magazine, Time Out and Infusion. DJ Magazine in the Middle East agreed with the snowballing acclaim, voting her 37th best DJ after a mere month in the region.

Natalie’s feet have barely touched the ground since. December 2010 saw her land a dream gig at Creamfields Abu Dhabi, claiming a main stage billing before megastars Above & Beyond, David Guetta and Afrojack, on a line-up that also featured James Zabiela, Sasha, Sander Van Doorn and Gareth Emery. A nomination in the 2011 Time Out Dubai Nightlife Awards for Dubai’s best local DJ followed and Natalie went on to host her own weekly night at Sublime in Dubai World Trade Centre. International recognition was also on the agenda, gracing events in Bahrain, Jordan and Qatar.

We’re not done, either. Two further Creamfields Abu Dhabi slots – in 2011 on the main stage alongside Laidback Luke and Tiësto; still to come in 2012, on a bill featuring David Guetta, Armin van Buuren and Example – and opening for the aforementioned Guetta in March 2012 at Abu Dhabi’s Du Arena in front of 15,000 people. Press in Rolling Stone Middle East (a two-page spread, no less), becoming the Middle East’s first hologram DJ and, in 2012, a personal invitation to return to Manchester Midi School, where she learnt the basics herself, to inspire present-day students with a video diary of her progress.
2012 ended with winning the ‘best DJ’ award at the What’s On Awards Abu Dhabi.

If the past year hadn't already been Natalie’s most successful year to date, NYE 2012 was the cherry on top.... Landing in Bangalore India and being driven past a huge billboard advertising the event she was about to play including her photo, to say was a massive achievement would be an understatement.

2013 held no less than 5 residencies around Abu Dhabi and Dubai, including Hyatt Capital Gate, a hotel listed in the Guinness book of world records and a return gig to the DJ Magazine top 100 bar 360 Dubai. Included on the line up as one of Manchester's best DJs, Natalie flew back to play at History of House in her hometown alongside some of the best DJs from past and present days.

2013 was also the year of a new Dubai residency, Dek on 8 Media One hotel where Natalie would host and play every Wednesday. Another 2 nominations in the Ahlan and Whats On best in Abu Dhabi awards followed.
2014 has seen Natalie awarded Ahlan! magazine HOT 100 people of Dubai and the prestigious What’s On Abu Dhabi award for favourite DJ a second year.

Ditch the divides, get rid of gender politics, can the cliches. All that remains is one of the Middle East’s scene-leading spinners: DJ Natalie Brogan. 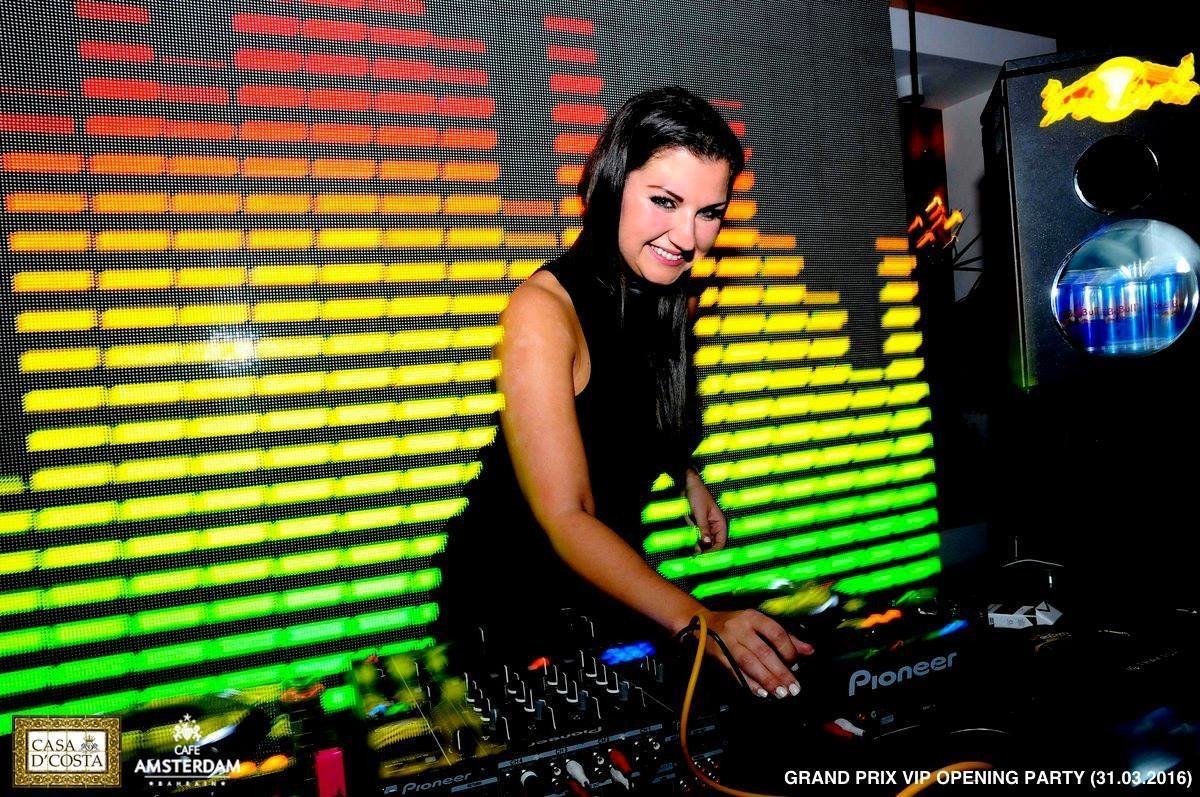 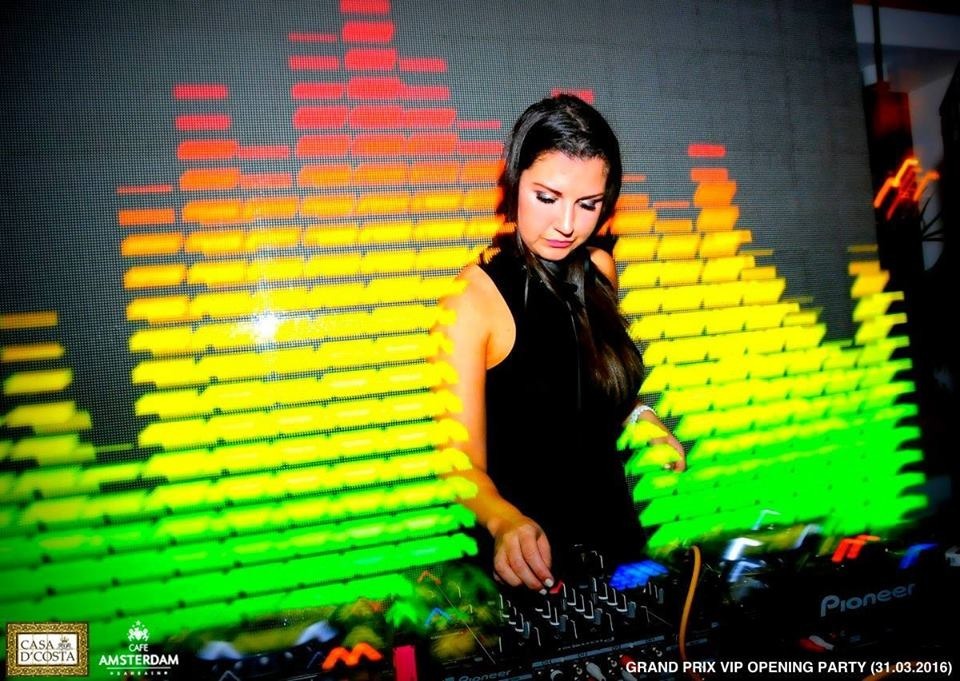 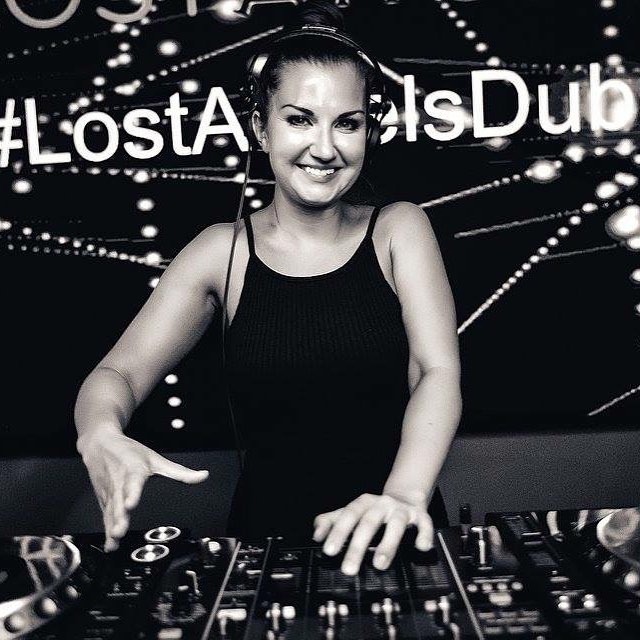 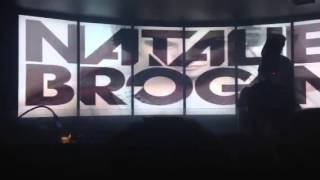