From London via global hot spots like New York, Miami, Los Angeles, Las Vegas, Malaysia and now Dubai, it’s been an incredible journey for DJ, producer and Record Label owner CN Williams. Forged in the raw rave heat of the 90’s, he became one of London’s stars, with a long-running residency at UK super- club Escape that lasted nearly 15 years. During that time, he was crowned the best resident DJ from 2003-2005 at the Dance Music Awards, and played headline sets at legendary UK clubs Ministry of Sound, Fabric, The End and Pacha.

That success led to residencies with the biggest club brands in the world as Defected, Hed Kandi, Fierce Angel and Space all came calling. Further awards followed as he won the Best Ladies Night DJ in Dubai from Hype Magazine in 2016.

An in-demand DJ throughout his career, he's opened and closed for the who's who of dance music from Carl Cox to Roger Sanchez, Shapeshifters to Derrick Carter, Trevor Nelson, Jazzy Jeff; he's been there, done that and got the t-shirt to prove it.
In the last few years, CN Williams has taken his distinctive sound on tour across the world. Ibiza gigs included a residency at Ibiza's O Beach with Soul Heaven and slots at the world-famous KM5, Nikki Beach, Savannah, Plastik, and Ibiza Rocks, joining forces with Hed Kandi creator Mark Doyle for the Reel Fierce weekender in Ibiza.

Further afield, CN has played exclusive sets at Elysium and Le Noir (Malaysia), Daydreaming music festival (Langkawi) and rooftop pool parties In Kuala Lumpur. Several Abu Dhabi F1 gigs and his boat party in London sold out in record time. Plus, he held down residencies across Dubai, including the world-famous 360 rooftop club, We Brunch (Intercontinental), Coco on 8 (Media One Hotel), Tribeca (Ocean View Hotel), Beefbar and Sunstroke parties (various). And not forgetting his current residencies at Mr Miyagi's, Lah-Lah and Breeze Beach Club.

CN Williams first stepped onto the Dubai nightlife scene in 2007, flown in as a guest DJ by Greg Dufton to headline at one of the city's original nightclubs, Chi at The Lodge. Igniting a love affair with the city, CN Williams returned to perform at events every couple of months to venues such as 360 and the Apartment.
CN Williams quickly became a familiar face amongst the Dubai nightlife scene, but it wasn't until 2015 when things became a little more serious. After performing for Jack Woodcock's 'Sunstroke' party at 360, he made the plunge to move to the famous sandpit, picking up a full-time residency at New York-inspired nightspot Tribeca, guests spots at 360, Love Party's and doing ReelHouse TV live streams from the Bliss lounge in JBR. A few months in, CN Williams amazingly picked up an award for best ladies' night for his infamous Tuesday night at Tribeca (She's with Us), opening the doors to a flood of bookings from boat parties, brunches and club nights.
Eventually becoming a full-time resident DJ at the world-famous '360' nightspot and performing alongside artists such as Louis Vega, Purple Disco Machine, Joey Negro, Sam Divine, Second City, Graeme Park, to name a few.
Since then, CN Williams is the top of his game, becoming resident DJ at ultra-sexy rooftop bar 'Sobe' (W Hotel) and trendy beach bar 'Breeze' (Palm Jumeriah). Not to mention his longstanding residency at renowned nightclub Mr Miyagi's (Media One Hotel) and uber-cool pan Asian restaurant & terrace 'Lah-Lah.'

CN Williams has taken his distinctive sound over to Ibiza in the past few years with a residency at Ibiza’s O Beach Club with Soul Heaven and his own brand ReelHouse. Performances at the world-famous nightclubs such as Pacha, Eden, Es Paradise, KM5, Nikki Beach, Savannas, Plastik and Ibiza Rocks, and joining forces with Hed Kandi creator Mark Doyle for the Reel Fierce weekender. There are also plans to bring back the famous ReelHouse TV boat parties to the island in 2022.

Two decades after his groundbreaking residency at super club Escape, CN Williams still has the time to get back to the UK to do guest spots, mainly for handpicked events such as Fierce Angel, Hed Kandi, 100% Old Skool, 20 Years of House and his ReelHouse TV events, and not forgetting the infamous London boat party's! He is also working on a project to open the former dance club 'The Attic' in Swansea, which saw guest DJs such as Todd Terry, Sam Divine, Melvo Baptiste, and CN Williams himself.

After impacting Europe, United States and South Africa, CN Williams looked further afield, setting his sights on East Asia, picking up guest spots and performing in Kuala Lumpur, Langkawi, and Koh Samui, a summer residency closer to home In Bahrain. Guest appearances around the United Arab Emirates from Ras al Khaimah to Abu Dhabi, and hopes to perform in Saudi Arabia, Maldives and Zanzibar within the next few months (Covid permitting).

His funk-fuelled classic House hit ‘Bad Mamma Jamma’ became tune of the week on BBC Radio 1 upon its re-release in 2010, and has since been signed to a host of high-profile record labels and continues to light up dancefloors to this day, originally released on vinyl in 2005. He's had several huge hits during his career - 'Only the Strong' took the Traxsource top spot in 2015 and finished the year as the 19th best-selling Jackin' House single.

Amazingly, that success was eclipsed with his 2017 hit 'Paradise' which became an instant classic at pool parties and beach clubs around the world. Big-name support from BBC Radio 1 and play listed on Dubai’s own Dance FM quickly followed, helping the track become the 9th bestselling Nu Disco track in the world on Traxsource in 2017. 2018 saw his hits ‘Mr Bump Man’ and ‘Tonight’s The Night’ both hit the top 10 spots with his new release ’Feeeel’s’ becoming one of the best Nu Disco tracks of 2021.

ReelHouse Records was established in 2001 by CN Williams, born out of his passion for all things House! ReelHouse exploded onto the dance music scene with its debut release, a remix of the Inner Life classic "I like it like that' and performed by the original vocalist Jocelyn Brown.

With technology making its way into the nightclubs, ReelHouse Records decided to join the digital age, becoming one of the first record labels to feature on Traxsource in 2004.
CN Williams then made this the home for all new releases, and now with over 100 releases under its belt, there is no end in sight for this well-respected record label. ReelHouse Records is now available on all major platforms such as Apple Music, Spotify, Amazon Music and Beatport and continues to be a platform for House music artists worldwide.

Catch CN Williams radio show 'Discotique' every Saturday at 11 am on Ibiza Global Radio 95.3FM across Dubai and the UAE. 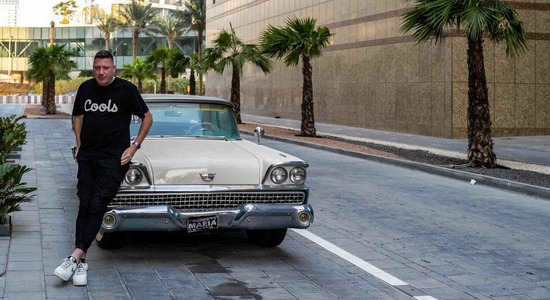 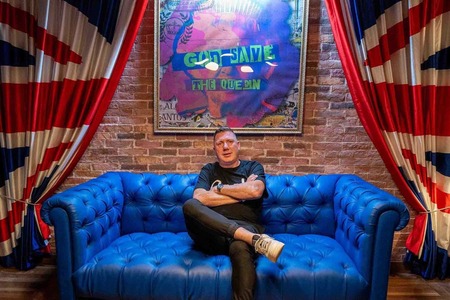 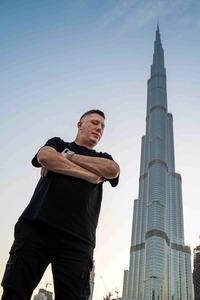 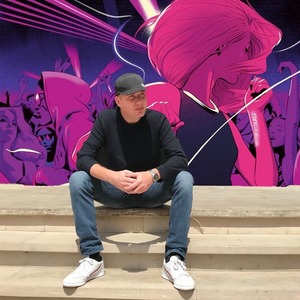 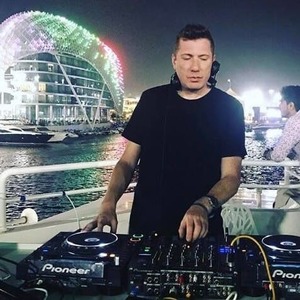 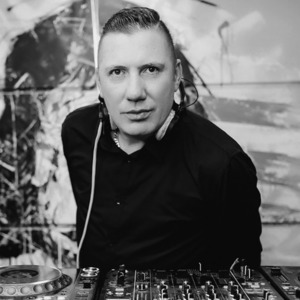 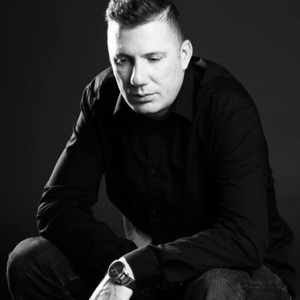 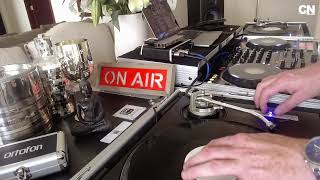 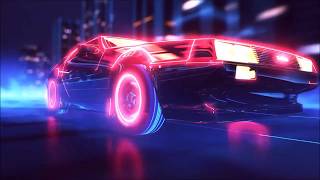 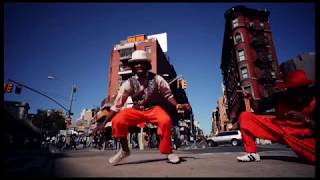 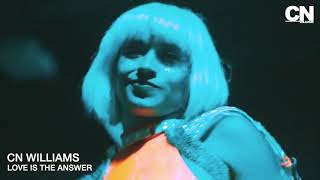 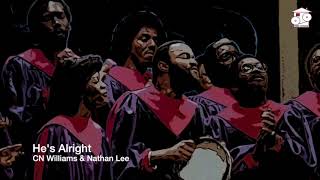 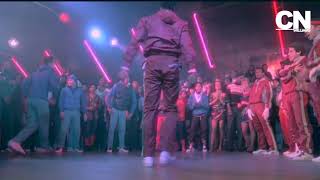 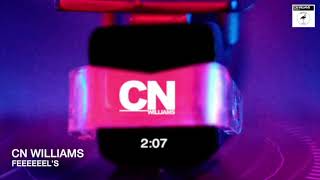 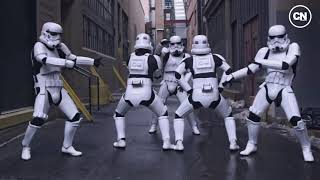